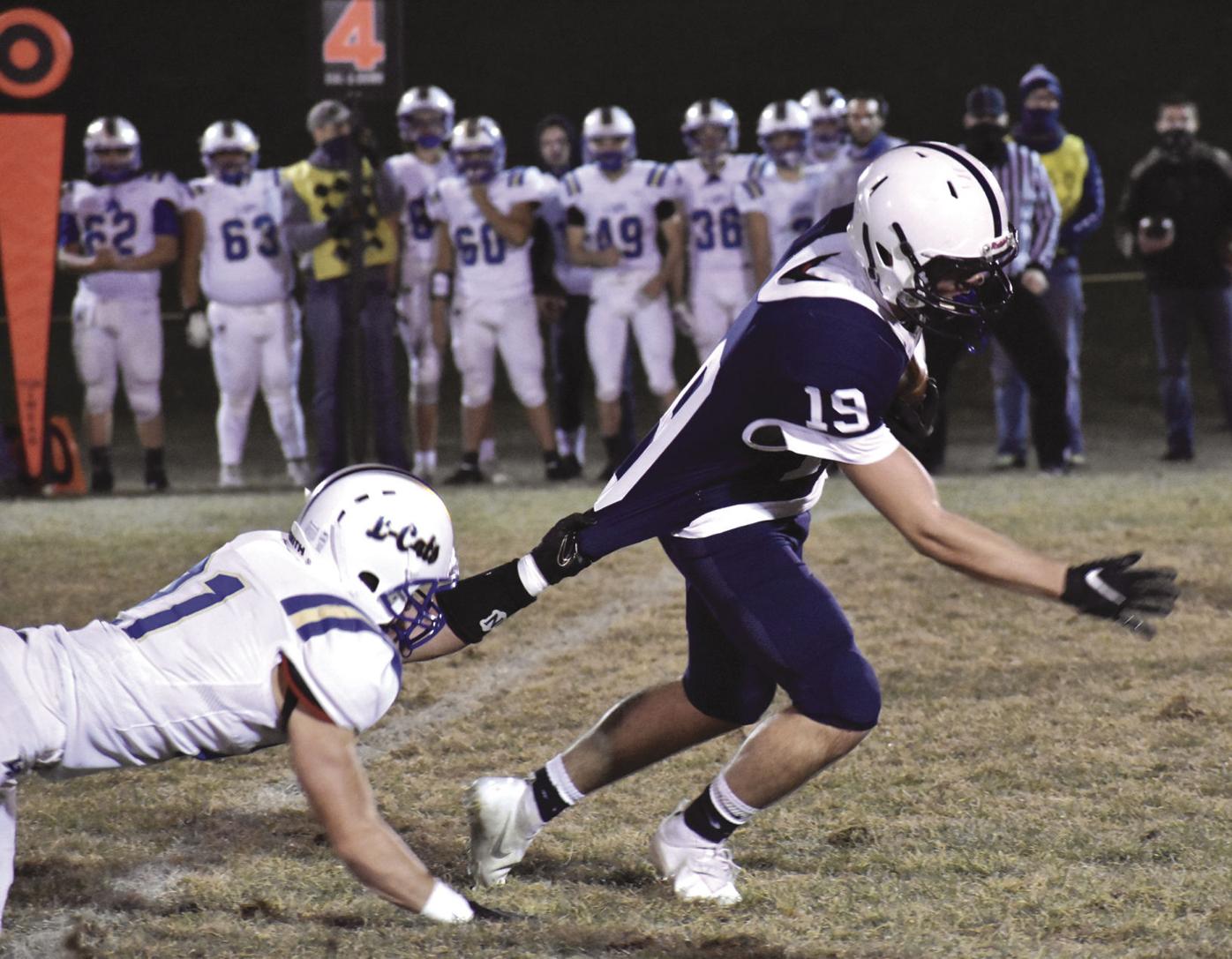 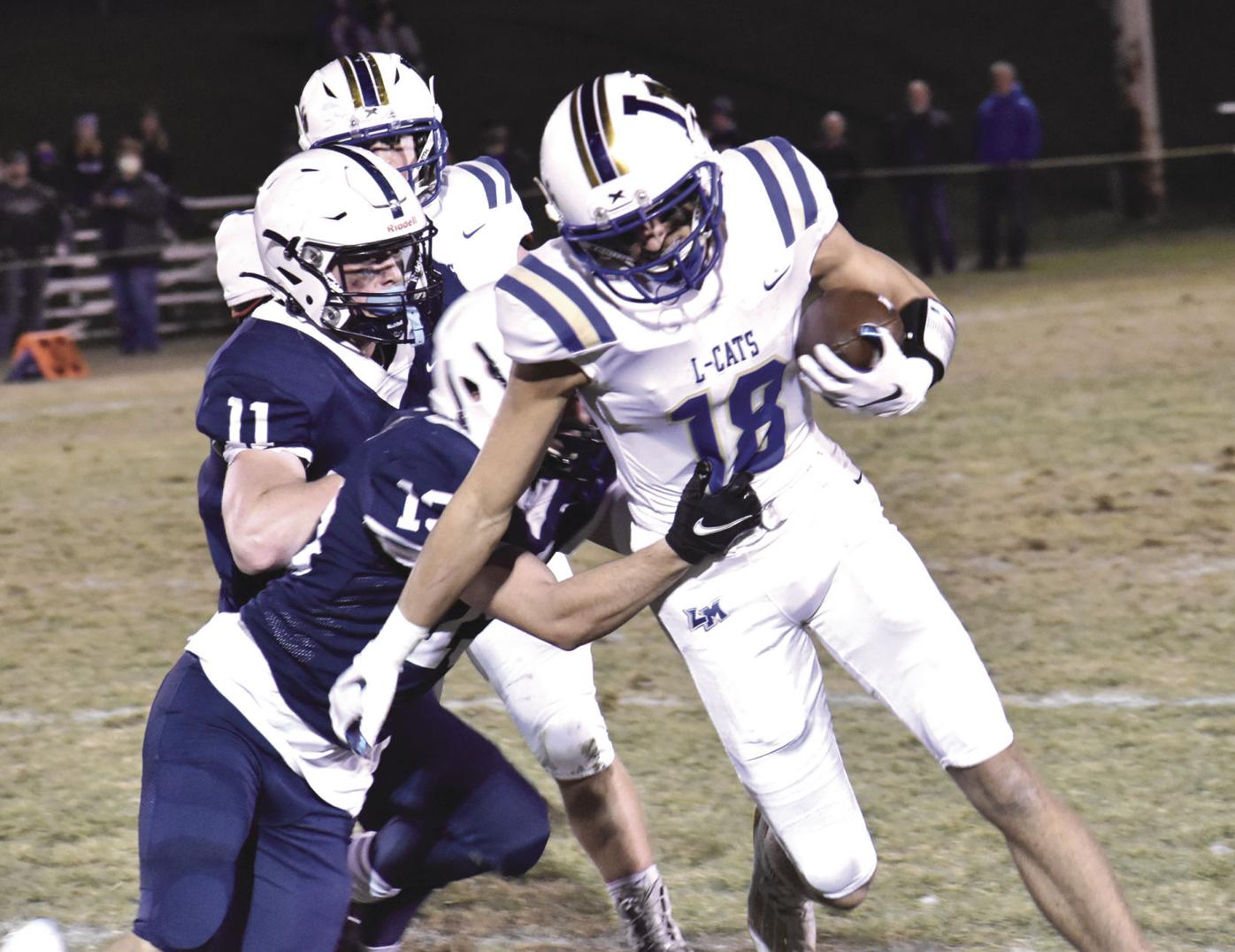 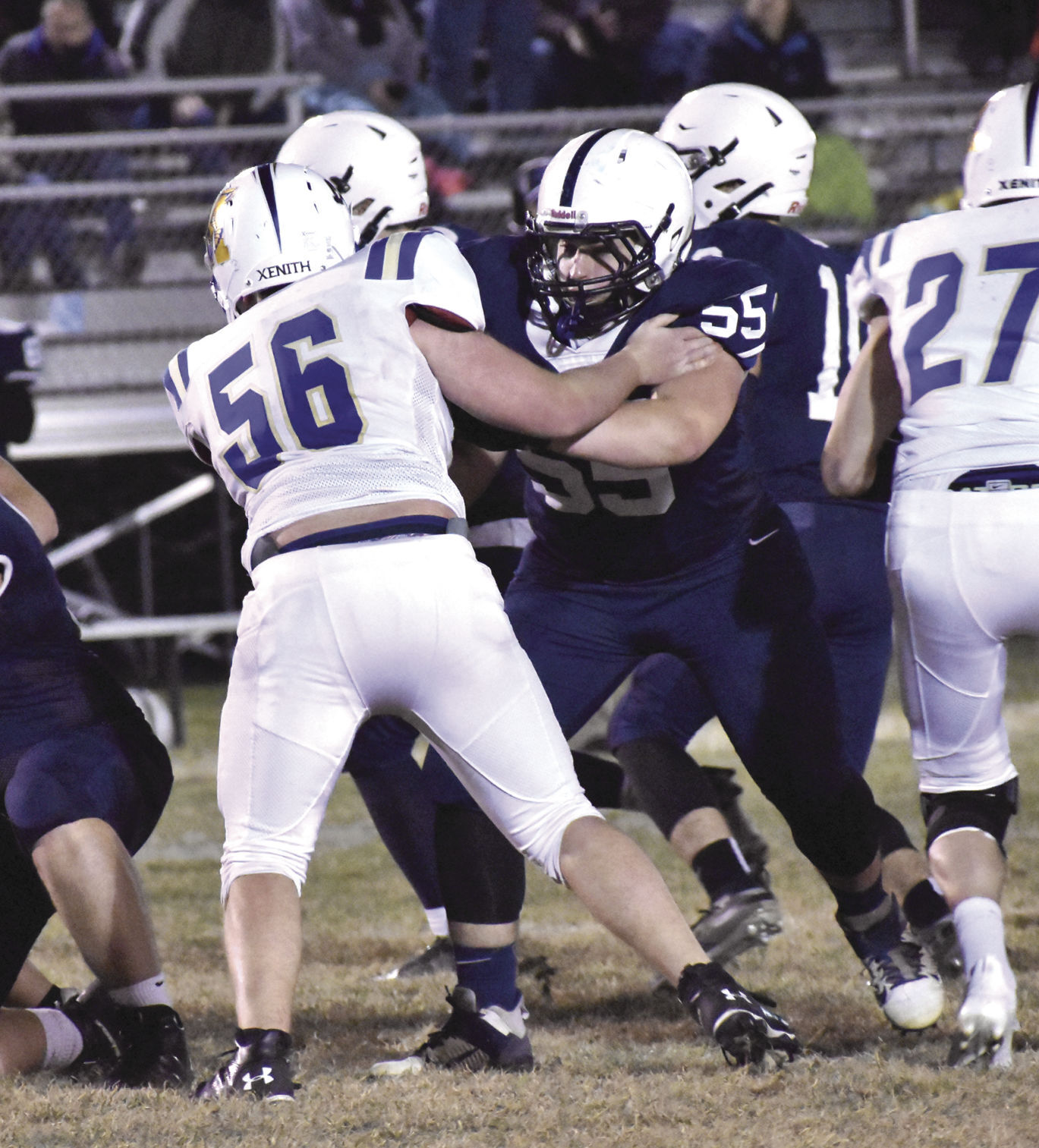 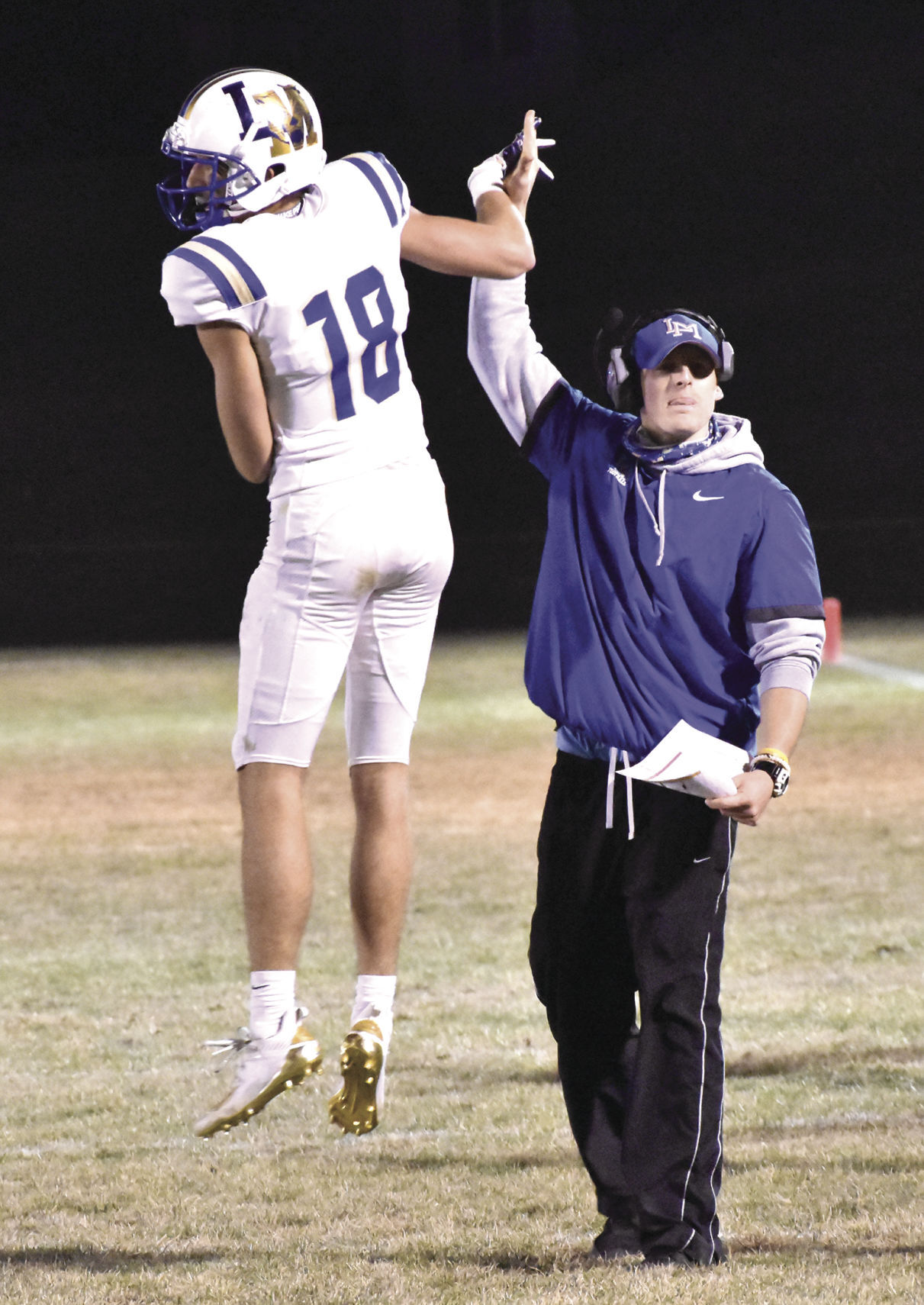 LAKE MILLS — What a way to culminate the season.

Lake Mills and Lakeside Lutheran had already clashed to the tune of a 24-21 double overtime decision for the Warriors.

The L-Cats and their 11 seniors finish the season 7-2, having won four straight since the Oct. 23 setback versus the Warriors.

“It’s an insane feeling having lost to them earlier in the season to come away with a win,” Lake Mills senior quarterback Adam Moen said. “This was two great teams going at it. It’s an amazing feeling to come out with a win.

“Coming out with two wins in the playoffs, you can’t ask for anything more. Them letting us play these two games in the middle of a pandemic is a blessing.”

Moen went 22-for-34 for 239 with three touchdowns passes, hitting senior receiver Jaxson Retrum on a three-yard fade route in the back of the end zone to make it 21-7 with 2 minutes, 21 seconds left in the third quarter.

Lakeside (6-1) had no intentions of going quietly, blocking a punt and returning it to the seven-yard line. Senior quarterback Nathan Chesterman ran it in on the next play, but an errant snap led to the point after try being botched and the Warriors faced with a 21-13 deficit with 8:10 left.

After forcing a turnover on downs, the Warriors had it at their own 26 with 2:53 left and a pair of time outs.

Chesterman, who finished with 14-for-23 for 162 yards, engineered an efficient drive that was capped by senior wideout Tersony Vater making an 18-yard touchdown grab in the back of the end zone with 46 seconds left. The two-point conversion try was batted down at the line and L-Cat junior Michael Stenbroten recovered the onside kick to seal it.

“I’m just getting off the line, look back at my quarterback and see the linemen blocking for him,” Vater said of the touchdown. “Chesterman is in the pocket and throws it to me and I make a catch. I couldn’t have done it without the line and Chesterman throwing the ball.”

Vater had game-highs in both catches (seven) and receiving yards (102).

Both sides were grateful for the chance to compete this fall.

“We’re playing a cross-town rival, but if we’re playing anybody to allow these guys to be able to play right now in the times we’re dealing with is special,” Lake Mills head coach Tyler Huber said. “For the seniors to be able to do this and be out there is great. Five and 10 years down the road they have those memories. Some players and teams aren’t able to have them right now. To be able to give them that. There’s no words.”

“We have a good bunch of kids, close-knit bunch,” Lakeside Lutheran head coach Paul Bauer added. “You can tell by how they’re responding tonight, they just don’t want it to end. I think Lake Mills is going through the same thing. That’s another great group of seniors. We had fun, you hate to see it end. Give Lake Mills a ton of credit they played a great game tonight.”